Debra Renée Byrd
Delaware, United States
Deborah Hawkins, penned Debra Renée Byrd, began writing after a blank book project in elementary school and never stopped, fashioning stories based on her favorite TV shows and movies before creating more original works. She studied at the University of the Arts and Florida State University before settling down and graduating from Temple University. She now resides in her hometown of Dover, DE, where she spends most of her time at work or at church. She loves fantasies, superheroes, is a trekkie and a brown coat. She loves television and lives for Final Fantasy video games, having collected most of them. She has read a myriad of authors, and her favorite authors change whenever she finds a new book that changes her life... "When you can't run, you crawl. When you can't crawl...well, you know the rest." -Tracey, Firefly, "The Message"

I have a domain now! I decided the price was too good to pass up, so follow the portal (well, the link below it anyway) to my new blog page! Nothing is there yet, but there will be in November! :)

Thank you to my 100 readers, also. You make me want to keep writing SOMETHING. lol

That said, I think I know where I'm going next in blogging, and I'm kind of excited about it.

I'd mentioned flash fiction posts, and while I was kind of leery about it, I wondered how I could tie them into my WIP The Crystal Bearer. A tidbit about my story, my main character loves to read. So, why not do flash fictions based on tales that would be written in the world my story? I'm already writing a story based on one of the series she's reading, so why not take it a step further, you know? I think it would help keep my mind fresh.

They'll most likely be on Tuesdays, so I can call it Tuesday Tales. I'm obsessed with alliteration, I know. That said, I'd also like to sometimes do a Final Fantasy Friday (and bring back Wednesday Words). That's why I call myself the Write Mage, and the games are a big influence in my life as well as in The Crystal Bearer, after all. While I'm more knowledgeable about the mid-to-later games in the franchise, they are something I'd love to share with you all, too.

So, I believe that is where I'll be headed in November.  Heads up: these 400 posts may be under a new blog link and title then, so I can shift the focus.

Thank you again for being here to read the craziness that comes out of my head. :)
Posted by Debra Renée Byrd at 9:01 AM 2 comments:

#amreading: Dragon of the Stars

Finally back with a new book to share with you all!

So our resident Ninja, Alex J. Cavanaugh, writes as well as gladiates...no that's not right...Ninjiates? Sure, why not.

I read Cassafire a little while back, the second book in his Cassa series (because I'm a rebel), and had tweeted often in my excitement about his newer book, Dragon of the Stars, which had a website attached to help us try to figure out what the Kargrandes are. I'm reading it fairly slowly, having burned through my Goodreads book challenge and working on revising and being a CP, but I still need to know what exactly the Kargrandes are, and I've come to realize I think I thouroughly enjoy military science fiction, if not, then Alex's books.

He hesitated, but no one else held the proper qualifications. "You have the bridge until I return. Make sure everyone knows their duties."

Her eyes grew wide, but she nodded. "Yes, sir."

Aden sprung to his feet, determined to locate his missing lieutenant.

I can't imagine what's happened between where I am and this point, and I can't wait to get there, either!

What's everyone reading this week?
Posted by Debra Renée Byrd at 9:10 AM 2 comments: 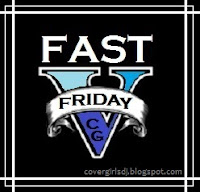 Forgive the language...or blame Dani and Jackie. haha Today, they would like to know those 5 things that drive you up a wall. You can visit them over at Cover Girls and comment with a link to your own post.

Have a great weekend! Share your 5 or anything that drives you crazy.
Posted by Debra Renée Byrd at 8:46 AM 2 comments:

I preface this by saying I have to remember that Fall is my favorite season because of the beauty of the trees changing, the cool walking weather, and the smell of burning firewood, and that it's not about the utter destruction it causes to my health. I've been coughing for about 24 hours, and I want to lie down until I stop.

So, I remembered today is Tuesday, and I thought, "I really don't want to blog a thing...like ever again." This is, first off, typical of me. I start something with gusto and eventually get tired of it. It's most likely my topics. I realize I almost don't even talk about writing, so maybe I should work on that, because, you know, WRITE Mage. Maybe I need to shift my blog focus. Is it LG Keltner who does flash fiction posts? Maybe I can start that, get my head back in the game. So if I disappear in November/December (except on 1st Wednesdays), that is most likely what I'm doing. Also, be prepared if my posts become sporadic for the rest of the month.

This next piece is sponsored by the latest controversy of verbal diarrhea from Raven-Symoné and "ghetto names." While even as a black girl born in the mid 80s, I cringe at some of the names I hear around me and have often called them made up. Someone on Youtube once said to me, "All names are made up," and I didn't have a valid argument for that, so I didn't respond. My and many parents born in the 50s/60s (and were given "normal" names) also groan when they see the names parents born in the 70s/80s have named their children. And while some names are just plain unforgivable (did you ever hear of the mom complaining that the teachers couldn't pronounce her daughter's name La-a, pronounced LaDASHa? *scowl*), I understand that some people are trying to either be unique or reach back to an Africa they never had the chance to experience. For instance, my classmate Nyeisha, who has always hated her name, learned that Nye is Swedish for "truly golden" (and one of her middle names actually IS Golden), and Isha is Hebrew for "woman" and Indian for "protector/lord". Even if her mom didn't mean to do that, I think that's pretty powerful.

Nyeisha also shared this poem by a young woman whose name I imagine is spelled Shakandria (shu KAHN dree uh). If you have a Facebook, search Cassandra Whitlock McClary, who posted the poem. It even made me think twice about cringing at some names. Also, there's a writing project in the back of my head featuring warrior sisters, and maybe, just maybe, to help empower little girls out there whose names don't sound like my Hebrew first name, French middle name, British last name, that they can be great with something as simple as having MCs with names like theirs.
Posted by Debra Renée Byrd at 11:27 AM 2 comments: